New Border Morris side in Suffolk

We are excited to share news of our new Border Morris group in Hadleigh, Suffolk, 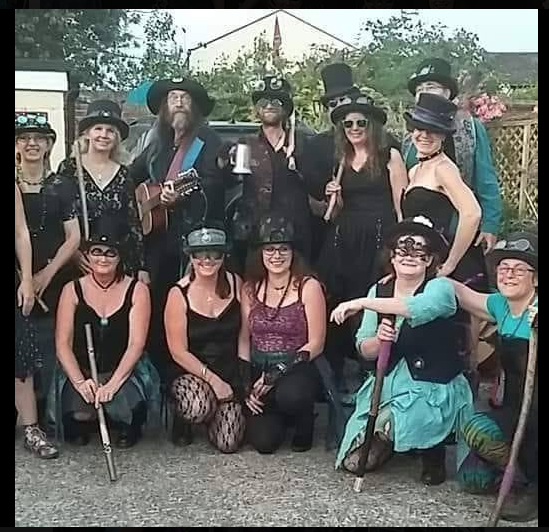 ‘BoudiccaBorder Morris’. We formed in January this year and currently have a team of 18.

We dance traditional dances alongside some we have written ourselves. Our most recent ‘Gallow’s Gateway’ written to honour those who may have died on the local Gallow’s Hill.
We dress in a steampunk style with our colours based on those of a peacock. We hope to bring some new and exciting dances to the Morris world in 2019 and look forward to dancing with other sides. We dance at pubs and various festivals including the Green Dragon Day of Dance in Bury and  we are looking forward to Halesworth Day of Dance and Gone to Earth Festival at Stonham Barns in 2019. We practise on Thursday evenings at Layham Village Hall just outside Hadleigh. We are always on the lookout for new musicians, dancers and supporters.

If you are interested in joining us please contact Emily Myers on 07749 495865, check out our Facebook page or email us at This email address is being protected from spambots. You need JavaScript enabled to view it.. 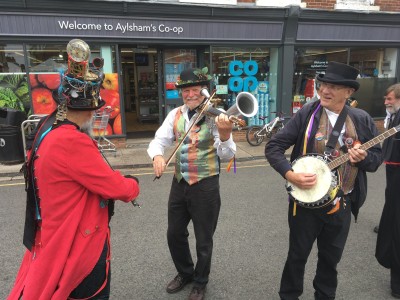 The second Aylsham festival of Dance, Music and Song was held over the weekend of September 7th and 8th and was agreed by all to be a great event.

It began on Friday night with a Folk Club in the town hall hosted by stalwart of the Norfolk Folk scene, Geoff Roberts with his legendary Flying Folk. At one point there were over a hundred people in attendance either there to listen to the superb array of talent that was present or to take part as a performer. With a licenced bar operating a great night was had by all.

New for BBC Radio Cambridgeshire starting on Monday  September 17th from 1900 – 2200 a new show celebrating all things folky in Cambridgeshire called The Folk Show  hosted by Sue Marchant and Nicky Stockman.  We encourage Folk artists, Morris, storytellers, instrument makers etc  to be in contact with their wares for future broadcasts. 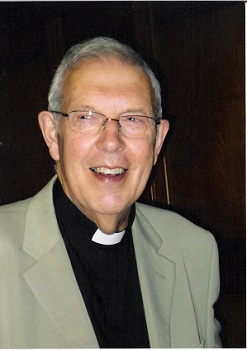 If you are going to Folk East this coming weekend (17-19 August at Glemham Hall), you may be looking forward to seeing nationally known acts such as The Oyster Band, or The Young'uns or local acts like Harbour Lights Trio or Capstan Full Strength. But whoever else you see, try not to miss Kath Tait, a singer-songwriter originally from New Zealand but now from London. You may have seen her last year on the Hadleigh Folk Club stage. This year she's appearing twice, first of all on the Broad Roots stage at 2.55 - 3.40 on Saturday afternoon and secondly, back by popular demand on the Hadleigh Folk Club stage (also Broad Roots) at 11.20 on Sunday morning. I predict you'll want to see both her performances. 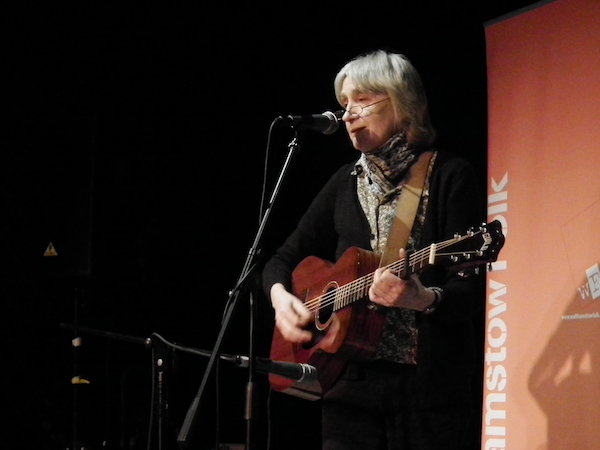