From our Cambridgshire correspondent Les Ray

Making music is its own reward - after all, it has to be!

I love doing my radio show. And why shouldn’t I? After all, I get to play the music I like, and for most shows I have talented guests who come into the studio to play their music and chat about the passion we share. It’s something I would do even if I hadn’t made the commitment to do it, as it’s always immensely pleasurable. And I know my colleagues at Cambridge 105 Radio feel the same way. Of course it does have its perks, such as receiving great music, namely the CDs given to me by my fellow musicians when I’m out and about locally, the packages in the post and emails with mp3s and download links. As I say, I would do it anyway, but if I do, it certainly isn’t to get rich.

The same also applies to most of the musicians I know, who play their music because they’re passionate about it, not because it’s in any way lucrative. Unless you happen to be Ed Sheeran, sadly there isn’t much money to be made from folk music these days. I’m sure most readers will have been amused by that old saying: A musician is someone who loads £5,000 worth of gear into a £500 car to drive 100 miles to a £50 gig. But many a true word is spoken in jest; if it were just about making money then most of us would have given up long ago.

So why do we do it? For me it’s for the pleasure of seeing a song I’ve written come to life through the contributions of the other members of my band, Red Velvet, through the creativity of the musicians and the emotion and expression of Deirdre, our singer and my musical partner. Then to take it out into the world at gigs, to receive some applause and - hopefully - nice comments. But maybe most of all, it’s hearing that song played on a radio station, perhaps in another country or continent, by another radio presenter not unlike myself.

In short, to misquote Frank Zappa: “We’re not only in it for the money”.

What is folk (rock)?

A few years ago I recorded a promo* for my Strummers & Dreamers folk show on Cambridge 105 Radio which included the following text: “What is folk? It’s music that tells of ordinary people’s lives, today and yesterday. For me it can be anything from the Carthys to the Clash, from Abba to Zappa, from Greensleeves to Green Onions. What is it for you?”

I was being slightly provocative with my choice of a couple of the artists and songs there, but my point was that folk music is a very broad area of music indeed, and in my show I wasn’t about to start policing its boundaries, as some have done in the past and still do today. After all, music always crosses borders. I suspect that no two lovers of folk music would be able to agree on a precise definition of what it is. If you Google “What is folk?”, you get 120,000 results, and there are probably ten times that number that Google’s algorithms have deemed irrelevant and hidden from your view.

My particular passion is the music of singer-songwriters, and indeed I dabble as one myself with the band that my musical partner Deirdre and I formed a decade ago, Red Velvet. We started out as a duo, and were joined by various different acoustic musicians over the years; in all that time I never had any doubt that our music was folk. We even call ourselves “redvelvetfolk” in our web address, but this is in part to distinguish ourselves from the K-pop band with whom we unfortunately share a name. They, I believe, are not folk, although I’m open to persuasion.

Now, however, we are a five-piece with drums, bass, keyboards and electric guitar, so we’ve starting referring to our music as “folk rock”. A very noble sub-genre of folk itself, of course, whose pioneers were the Byrds in the USA and Fairport Convention in the UK, to name but two. As we apply to play at folk festivals, some welcome our music, while others say it’s “not appropriate for us”. But are they folk festivals? Well that’s another question...

This email address is being protected from spambots. You need JavaScript enabled to view it. 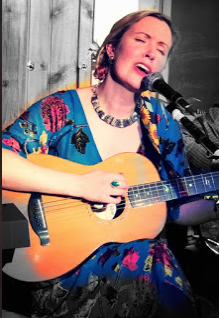 Writing for those who go before- by Holly D Johnston

Some events in history lend themselves to the written page, the spoken word, the sung story.  Songwriters and Storysingers seek these out and the world of folk music opens wide to make a home for these historic moments wrapped in melody.  Big events are captured and celebrated in crowd roaring, heart warming, tear jerking song.  How often then, do we know about the big, national mover shakers without knowing about the local, cliff face people who made changes right here where we live

FOLK legends Steeleye Span are in a celebratory mood as they are about to set off on a 20-date UK tour to commemorate their 50th Anniversary!
Many members have come and gone, but vocalist Maddy Prior is still there, as she was back in 1969.

Speaking at her home, Maddy, expresses an unusual emotion about the milestone.“Surprise more than anything,” she says. “Nobody sets off intending to last 50 years.”

The Lowestoft Longshoremen were formed about 10 years ago when a group of like-minded individuals joined together, once a week, to indulge in their passion for ‘songs of the sea’.

The aim of the group, at that time, was to enjoy each other’s company and make occasional performances at local public houses.

As the years rolled by, members came and went and they now have only 2 of the original group, one of whom left for some years, before recently returning to the fold.

Alan Bearman - all round folk enthusiast

Interview by Simon Haines
Unless you are a folk performer, you may not have heard of Alan Bearman, but he has been involved in the English folk scene for over 40 years, starting as a folk club organiser, moving on to being heavily involved in organising the Sidmouth Folk Festival. He is currently Artistic and Marketing Director of the festival, now in its 65th year, as well as running Alan Bearman Music (ABM), an agency representing major artists on the folk, roots and acoustic music scene. He is also one of the few holders of the EFDSS Gold Badge, awarded for services to English folk music. Alan has famiy connections with the area and is a regular at Folk East Festival and at pub sessions in our area.  Here is my recent interview with Alan