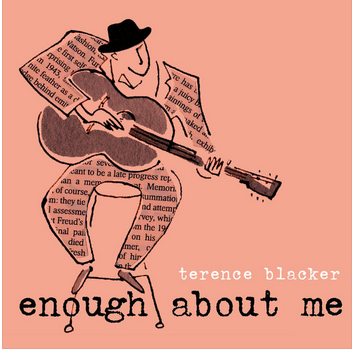 Recordings from our four counties

Mardles prides itself on covering music of the four counties and recently some CDs have come into HQ representing each of these. From Norfolk we have the delightful Alden Patterson Dashwood, from Suffolk the up-and-coming home grown Megan Wisdom, from Cambridgeshire the talent that is Red Velvet and from Essex we include extraordinary songwriter Tony Winn, who, although now firmly rooted in the Suffolk village of Laxfield, spent many years in Kelvedon, Essex. 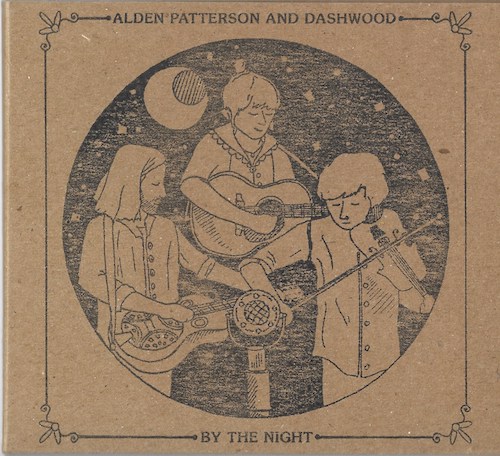 Starting in Norwich, Norfolk, Alden, Patterson and Dashwood are Christina (vocals/guitar), Alex (fiddle/vocals) and Noel (dobro/vocals). Their homespun-style CD is entitled By The Nightwhich they have performed in an extensive gig list all over the UK. Their music encompasses the ‘Americana/country’ part of the folk spectrum with accessible songs and charming melodies, some traditional and some self-penned. Their own songs are inspired by books, stories and even an Attenborough wildlife programme, and the traditional numbers are arranged to suit their own mellow style.  Their perfectly harmonising voices are used to greatest effect on the unaccompanied ‘Red Rocking Chair’ and in ‘Railroad’ and it’s nice to hear the contrast of either Noel or Alex taking the lead vocal on ‘Blow the Wind’. Their instruments are used to embellish the songs not to show off, although occasionally a tasteful solo break is added in keeping with the style of music. Nice to see an instrumental number, Noel’s The Nerves. Website.

Moving south to Suffolk, Megan Wisdom is a traditional folk singer who has been performing for a number of years with a repertoire drawn mostly from the Suffolk pub sessions she has attended and taken part in. Megan is a talented whistle and saxophone player, but it is her clear, pure voice which is her main instrument. This debut EP, comprises five of her favourite songs, three unaccompanied and two backed by her expertly played table harmonium. The selection are mostly traditional with good stories including The Gardener and The Female Drummer. The final track is surely her theme tune How can I keep from singing? a Baptist hymn by Robert Wadsworth Lowry, ‘A celebration of optimism and music’ to which Megan has contributed her own final verse. She is definitely one to watch for the future. Website 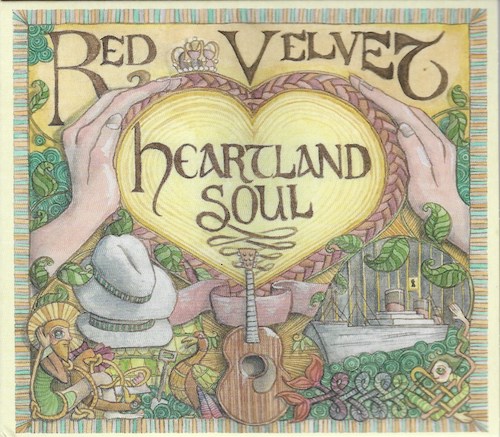 From Cambridgeshire we have a CD titled Heartland Soul by Red Velvet. The band is led by Dierdre Murphy (vocals) and Les Ray (vocals/guitar/mandolin/bass) who are joined by George Harper (harmonica/whistles), Colin Smith (drums/percussion), Chris Fox (trumpet/guitar/bass), Robin Gillan (fiddle/guitar/mandolin/guiro) and Gene Thunderbolt (piano). They mostly write their own songs inspired by such diverse subjects as Francis of Assisi (the Milky Way), an Argentinian sugar refinery (El Patron y el Diablo), private prisons and xenophobia (Stranger Welcome), all as metaphors for life. The trumpet gives a Spaghetti Western atmosphere on three tracks and in addition to a couple of contemporary songs by other writers they slot in the tear-jerking Carrickfergus and American Classic Night Train to Memphis. Nice addition of the harmonica on Ship in a Bottle and You Put a Spell on me, and piano on the final track Harbour vary the instrumentation. All in all a well-played and sung selection, a mixture of styles that works well. Website

Finally, our Essex representative, Tony Winn, is one of those rare singer songwriters who is very good at what he does. His album Push and Pull was premiered at a packed launch in Kelvedon this summer where there and here his band comprises David Booth (percussion), Andy Trill (bass, guitar), Stephen Turnbull (keyboards), and the occasional cello, fiddle and sax. The obscure and mundane are not subjects that interest him and his songs often have a twist in the tale. The band sound is very funky, sometimes reminiscent of Graceland, but the pace slows in the middle of the album; Grock has a repeated refrain like a melodic shanty, Occasional Affairs features sparkling piano, and Helen Mulley shares the vocals on You’ll be the ruin of me. You will be singing along to the anthemic Come and go with me long after the disc has left the turntable. Website

It is unfortunate that none of these artists, although perfectly able, is likely appear as headliners at the big folk festivals or clubs. Buy the CDs and you can have your own festival. 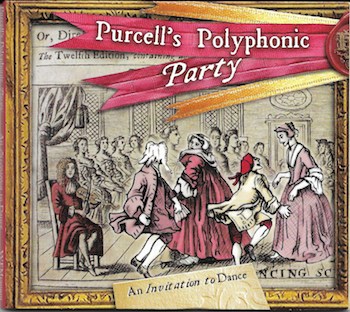 Featuring the fine musicianship of Vicki Swan, Jonny Dyer and John Dipper. This is an album of music from John Playford’s English Dancing Master and contemporaries.  You can choose to put the album on just to listen and enjoy, but crucially, each track can be danced to. Repetitions and speeds have all been meticulously researched and included in the sleeve notes. So if you dance any sort of Playford, this is your Invitation to Dance’.

I have followed Vicki and Jonny’s career for many years, have seen their shows on numerous occasions and have never been disappointed. They are probably the most hard-working duo on the folk scene with numerous cds, tutor books and tune books to their name in addition to live performances as a duo, in collaborations, shows and workshops. Vicki’s Scottish/Swedish heritage gives her a starting point for flute, smallpipes, Swedish pipes and nyckelharpa along with her musical degree study in double bass. Jonny is a technical wizard on guitars and keyboards in styles which cross classical, jazz and folk. On this album they are joined by the viola d’amore of John dipper, renowned performer of concertina and fiddle, teacher, composer and instrument maker.

An Invitation to Dance is an album of 12 tracks, some lesser known tunes from different editions of Playford plus one from Praetorius and one from Kynaston. Foregrounded here is Vicki’s expertly and sensitively played nyclelharpas which give the album a Scandinavian overtone.  This merges well with Jonny’s strings and keyboards and John’s mellow viola d’amore. Occasionally there is an added sparkle: the piano on Emperor of the moon and St Margaret’s Hill, the flute on Kelsterne Gardens, the recorder on Terpsichore, the pipes on Mount Hills, the citole on Softly Good Tummas and the harpsichord on Upon a Summer’s Day. The layers and harmonies are subtly used throughout, never detracting from the main melody.

This is a beautiful album played with astonishing expertise in a mixture of styles while keeping the true spirit of Playford alive.

To listen to sample tracks and order the CD, go to: http://www.swan-dyer.co.uk/media/album/an-invitation-to-dance

The Green Children & Other Poems - Martin Newell and The Hosepipe Band

At harvest time during the chaotic reign of King Stephen of England (1135-1154), there was a strange occurrence in the Suffolk village of Woolpit, near Bury St. Edmunds. While the reapers were working in the fields, two young children emerged from deep ditches excavated to trap wolves, known as wolf pits, hence the name of the village. The children, a boy and a girl, had skin tinged with a green hue, and wore clothes of a strange colour, made from unfamiliar materials.

So begins the enchanting tale of The Green Children, so powerfully put into poetry by Martin Newell. This album is a follow up to The Song of the Waterlily  and is equally accomplished.

The two original sources for this unexplained story are both from the 12th century. William of Newburgh (1136-1198), an English historian, includes the Green Children in his main work Historia rerum Anglicarum (History of English Affairs), a history of England from 1066 to 1198. The other source is Ralph of Coggeshall (died c 1228), who was sixth abbot of Coggeshall Abbey in Essex from 1207-1218. His account of the Green Children is included in the Chronicon Anglicanum (English Chronicle) to which he contributed between 1187 and 1224.

Read more: The Green Children & Other Poems - Martin Newell and The Hosepipe Band

These three CDs arrived from CD/PR company Birnam based in Perthshire.

Fraser Bruce’s album is a look back at the1960s and 1970s heyday of Scottish folk clubs (the first track, Prelude, is a song made up from a list of these). He uses his song writing skills to successfully evoke this period with its associated shipbuilding, fishing and factory work. Also included are some well-known songs; Shoals of Herrin’, The Diamond Ship and Twa Recruiting Sergeants. The songs are nicely accompanied by guitar, accordion and fiddle.
Bob Leslie writes songs using Old Scottish stories and his own memory and experience. These are mostly of a moderate tempo, but Tho We Lang Syne Landit Oan Fair Isle is more interesting for its upbeat style and Big Dead Bob has a nice country feel to it. Kate Kramer and Wendy Wetherby provide the fiddle and cello accompaniments which sometimes verge into interesting classical-esque arrangements.
Apart from one song featuring vocalist Shona Donaldson, Paul Anderson’s album is purely instrumental, a vehicle to show off his excellent fiddling and composing skills. Many of the tracks are slow airs with keyboard backing, a score for a travelogue of the Scottish hills maybe. In contrast, Andrew Smith of Torphins is a lovely upbeat number, and Hornpipes rolls along nicely with its prominent, rhythmical piano. Other tunes of note include waltz The Coull Wedding and Strathspey Braeriach. These are three contrasting albums which remain resolutely Scottish.

The name Rosewood is a fairly recent one, but the members of this trio have been performers on the folk scene for some years and have played at major UK folk festivals as well as on the club circuit. Members of Rosewood have played or still play in Bass Instincts, Bof!, Crownstreet, The Hosepipe Band and RSVP. 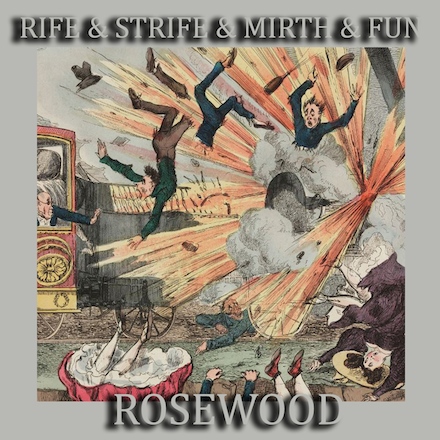 Rosewood sing and play traditional and contemporary songs and instrumentals, some of which they have written themselves. Their unique features are the range of their source material and the array of instruments they play. These include bandoneon, footbass, hammered dulcimer, bagpipes, bouzouki, and deskbells.