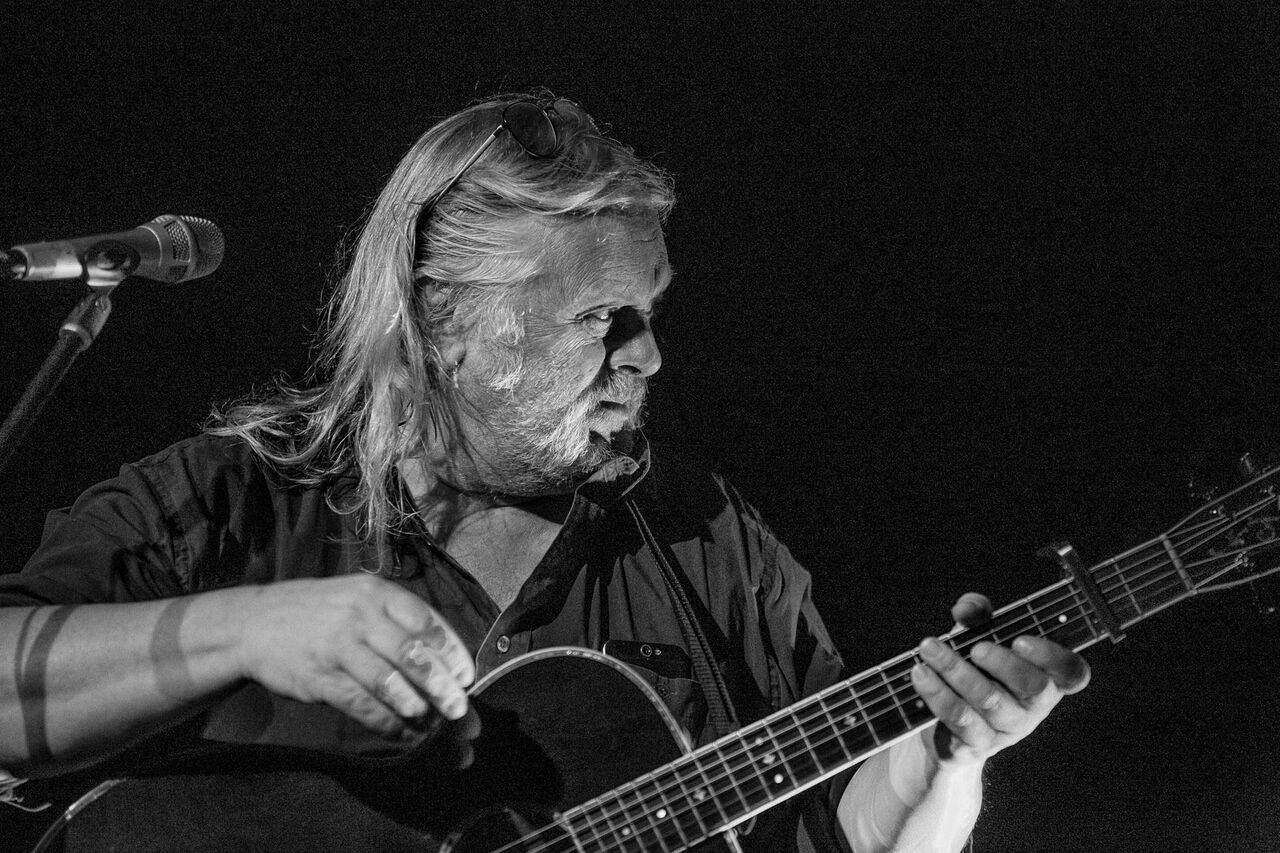 He is one of the most popular ambassadors for acoustic roots music. A dazzling instrumentalist, he is perhaps best known as a top flight fiddler and plays in the all-star line-up, Feast of Fiddles.
But his skills don’t stop there, he also plays slide, Spanish and tenor guitar, mandocello, viola,mandolin and South American cuatro, not to mention contributing rich vocals.

Born in Exminster, Devon, he started to play fiddle, guitar and mandolin while still at school in Teignmouth and habitually credits Davey Graham’s “Folk, Blues & amp; Beyond” as his inspiration for acoustic music.
He played his first gig at 14 and started working as a duo with Paul Downes in 1974. He was then in the Arizona Smoke Revue and a key member of Johnny Coppin’s band. His impressive track record also includes touring with Mike Oldfield and being a member of the feted Albion Band from 1984-1991.
Show of Hands became a full-time partnership in the early 90s, a band that has gone on to sell out the Royal Albert Hall three times and who were voted Best Live Act, by the public, at the 2004 BBC Radio 2 Folk Awards.

As a solo artist he released Rhythm Methodist in 2004, a double album of songs and instrumentals (re-released on the Talking Elephant label) He ran the Show of Hands Riverside studio until 2011 when he moved to a residential setting in order to concentrate on editing a series of solo and band albums.

In the meantime, Show of Hands go from strength to strength and the current studio album ‘Wake the Union’ has received huge critical acclaim.

Tickets are priced at £15 and are available from Beccles Books, Exchange Square, the Wine Vaults Bar &amp; Restaurant, Blyburgate and online at www.ticketsource.co.uk/date/489016