A news item from Les Ray, our Cambridgeshire correspondent. 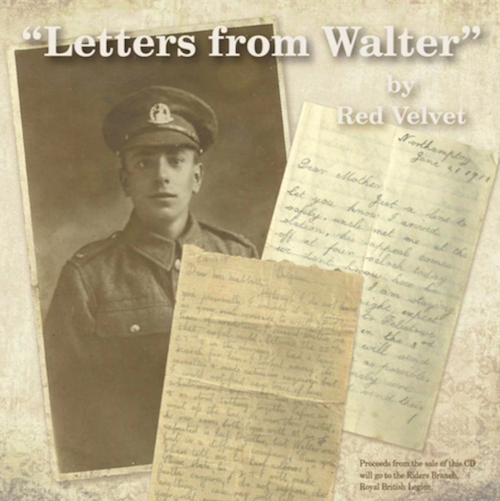 Letters from Walter is a song by Cambridge-based folk/blues band Red Velvet about a young man’s personal experience of WW1. It was written by Les Ray based on the letters sent by Walter Mabbutt of Titchmarsh, Northants to his sister Edith, Les’ grandmother, between June and late September 1918. Walter was a soldier in the Norfolk Regiment who was killed in the Battle of the Selle in Picardy, France on 22nd October 1918, aged just 19. This CD single is being released on the centenary of Walter’s death.