An intimate performance by two of the UK’s finest songwriters.

Looking back at Cambridge Folk Festival

Les Ray, who writes a regular column for Unicorn magazine, has agreed to become our Cambridgeshire correspondent. In practice this means he will write reviews of relevant events and CDs. We will also share the column he writes for Unicorn. Les also presents Strummers and Dreamers, a fortnightly folk programme broadcast fortnightly. See the foot of his first contribution for broadcasting details. 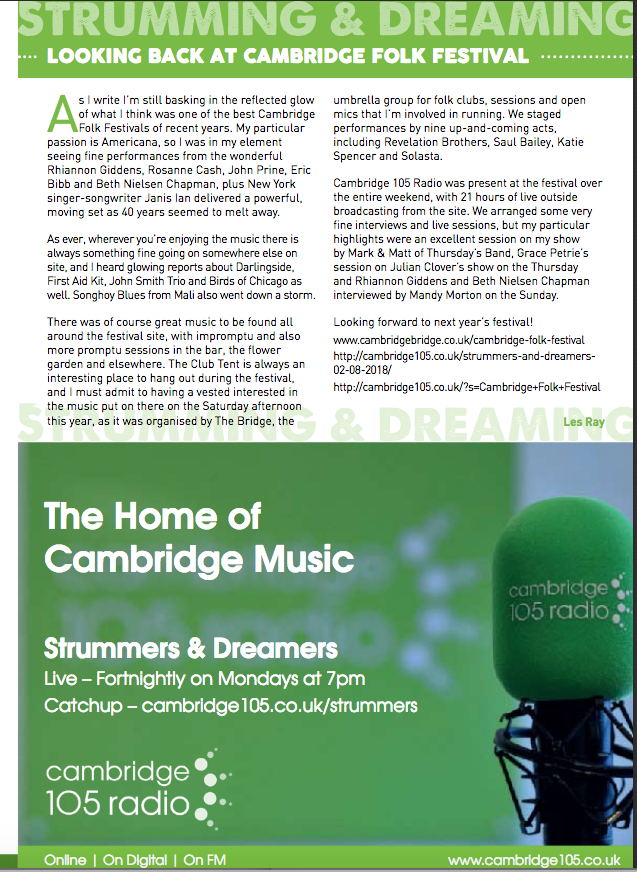 This light, late Jacobean romance was first published in 1634 and is attributed to both John Fletcher and William Shakespeare.  The normally complex text has been carefully edited to highlight the major plot: in true Shakespearean style two friends fall for the same woman and decide to resolve things with a duel, only for a twist of fate to result in the victor being fatally thrown from his horse, leaving the loser to marry his girl.

Inspired by the play’s Morris language and references, The Two Noble Kinsmen is set in pastoral ‘Merrie England’ and brought to life with original music composed by Eliza Carthy, with dance choreographed by Ewan Wardrop. A walking group of musicians (including James Delarre from Mawkin on fiddle) supports the action and is the band for a range of exciting dances including clogging, stick dancing and high energy routines.

The costumes and choreography are fabulous and the open air, closeness of the action and acoustic music result in a marvellous spectacle with a modern but always strong, traditional feel. The songs naturally support the action and the final ‘farewell’ song from all the cast and musicians on stage was particularly memorable.

Unfortunately the run is quite short but highly recommended if you can get tickets. If you are prepared to promenade, prices are competitive. This is a new venture for Eliza and you can hear her talking more about the project below. Apparently, The Globe have filmed the show and will be selling DVDs in their shop soon.  There are no other plans at this time to record. 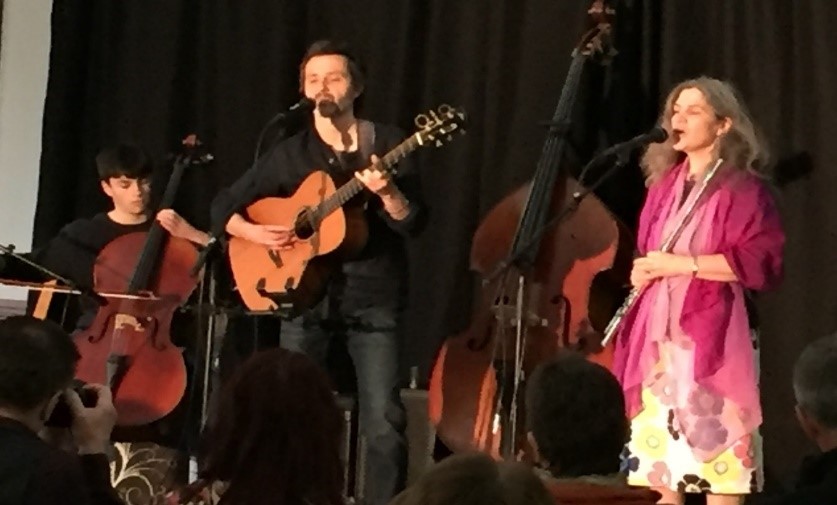 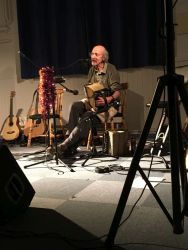