CHARISMATIC American blues star ALVIN YOUNGBLOOD HART has been announced as the headline act for May's Blues at the Barns 2020 festival. Promoters of Essex's acclaimed festival of acoustic blues, folk-roots and Americana,scheduled for Sunday, May 3, at Creeksea Place Barns, Creeksea, near Burnham-on-Crouch, Essex, have confirmed singer and guitarist Hart to head an exciting international  lineup for the fourth annual event. 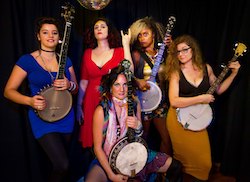 Tickets went on sale online on January 1, with festivalgoers promised a stunning lineup of live acts playing  non-stop from 2pm through to 11pm at the BATB site, in Ferry Lane, Creeksea, near Burnham.
The full lineup also includes Essex pagan folk group Morrigan's Path, Kent-based duo Dave Ferra and Katie Bradley and - recalling the festival's origins - singer and guitarist Ben Tyzack, whose band the SPIKEdrivers headlined the very first BATB festival.
Promoter, Burnham musician Tim Aves, said: "We're really excited about the lineup this year and particularly about being able to bring an artist of the calibre of Alvin Youngblood Hart to Burnham. He's an amazing talent and someone we had been hoping to get for some time. "All this year's acts - and there are nine in total - are top-quality and will offer the depth and variety of music for which Blues at the Barns has become famous. A few people said last year they wanted to hear a bit more from the acts, so we've changed our approach to programming to give each act more playing time."
Blues at the Barns 2020 will again offer a dedicated festival campsite, a wide range of blues and Americana-themed food, and at least one "Festival Fringe" gig in Burnhamtown on Saturday, May 2 - the evening before the festival proper.
Unusually, in an era of gig price inflation, adult ticket prices for BATB 2020 will actually be LESS than in 2019 - down from £25 to just £20 -  (under-12s,£7), with an additional 10 per cent discount on advance tickets when buying four or more at once.  Tickets are on sale at the Parlour Cafe, on the Creeksea site, by calling 01621 786503, or via the festival website www.bluesatthebarns.moonfruit.com, which also has more information web links and video clips of all of BATB 2020's artists.
D

Joel Fisk and the Breakdown 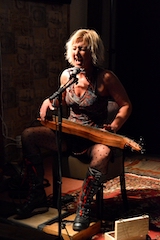