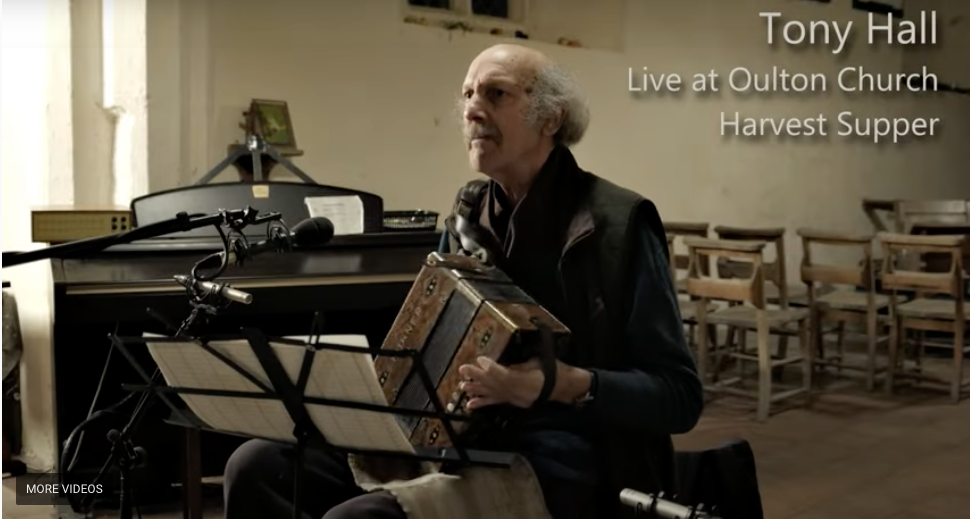 From Dr Badphil
Tony Hall's melodeon playing has long been much revered, and can be heard on Maddy Prior and June Tabor's 'Silly Sisters' album, on Nic Jones's 'Penguin Eggs' album, and on his own recordings: 'Field Vole Music' (1977), 'Mr Universe' (1995), and 'One Man Hand' (2008). Despite his many live performances over the years (not least with the weekly performances of The Vonn Krapp Family Band for around 50 years), there are few videos of Tony playing live. So here is a video of a short set, performed by Tony after the harvest supper at Oulton Church (Norfolk, England) in September 2022: a mixture of instrumental tunes, songs accompanied by melodeon and one unaccompanied song, all being traditional pieces.

Roland Harris recorded and filmed the performance, and Matt Phelps and Rob Moore helped considerably in preparing the way. There is more about the recording on my blog: https://drbadphil.com/tony-hall-man-a... 00:00