Me and my recorder

There’s a meme going around social media: just when you think parenting can’t get any harder your kid comes home with a recorder. Us recorder players still have a lot of convincing to do. 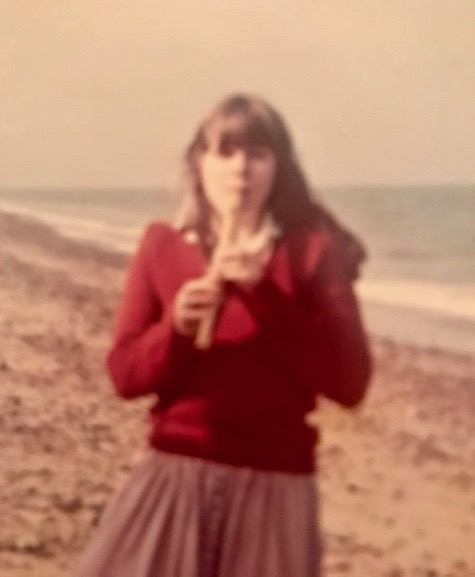 Early daysalphabet. When I get to the box there is one left, a dark brown one, Bakelite I learned much later. Everybody else has a pale wooden recorder with a white top. Appearance is not the only difference I realise as we all begin to blow. Everybody else’s sound like asthmatic mice – mine sounds like a bird. Nothing I can do can make my recorder wheeze like theirs and this beautiful sound encouraged me on.

Unlike the current meme my parents never objected to my recorder. We were told don’t take the recorder home. I took it home. We were told don’t tell your parents you have to buy one. I told my parents we had to buy one, after all once a week playing wasn’t enough, but I had to wait until my eleventh birthday. The night before I could hear my dad blowing it and my mum saying shhh, she’ll hear you. I was too excited to sleep.

I found early on that I could play lots of tunes from memory which meant that if I had to read music it slowed me down. There seemed to be an automatic connection from ears to brain to fingers. When I heard Sparky’s Magic Piano on the radio, I thought yes, that’s how it works. My teacher liked my playing and asked me to play in assembly. I refused to play alone and asked a friend to join me. We played together but I didn’t enjoy it at all. She was too loud and blew all wrong and didn’t think about how it could sound nice. I was too shy to play on my own in public so continued to march around the house playing instead: TV adverts, hymns, pop songs, anything. Then it was time to go to secondary school and I got my trumpet, flugel horn and cornet. Recorders became a bit childish, but at least you could hide them in your bag. 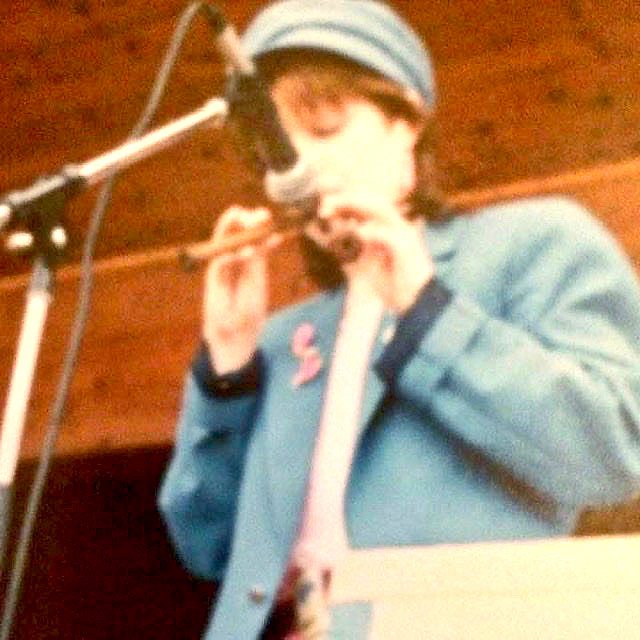 Two recorders at Basildon Peace FestivalFast forward to 1977. I am at a disco in the side room at the Fludyers in Felixstowe. Me and a friend hang around sneering in our tatty flares and greatcoats. A familiar sound comes out of the speakers – it’s a recorder! This is my first hearing of the Albion Band’s version of Horse’s Brawl and I am straight over looking at the cover. The next day I am in Charlie’s Records in my lunch hour ordering the record The Prospect Before Us and once received proceeded to learn every track. Charlie finds another record Battle of the Field and I take it home and do the same. I join the Sealed Knot Society (English Civil War re-enactment) not for the historical interest but for the opportunities of playing lovely music from Playford to Irish twiddlies. This lead on to playing for dances which for me is the greatest fun as it is playing for a purpose which makes it all worthwhile. And along the way I have moved from Bakelite to rosewood.

This year I realise that I have been playing the recorder for 50 years almost without a break. It has given me the opportunity of playing with many outstanding musicians and has given me a social life that otherwise a natural solitary introvert like me would not have had. It has lead me on to other blowy instruments; flute, crumhorn, saxophone and bagpipes, which may all have slightly different blowing techniques and finger positions but they are all basically pipes with holes. But my philosophy remains the same as it did in 1969 – how can I make this little recorder sound as nice as I possibly can?