Normal for Norfolk –The Kitwitches at the Globe

“In Christmas time, and especially on plough Monday, several Men dresse themselves in Womens Close and goes from House to House a Dancing along with fiddles” so the entry in the Arderon papers at the Norfolk Record Office reads.  It dates from the mid 18th century. 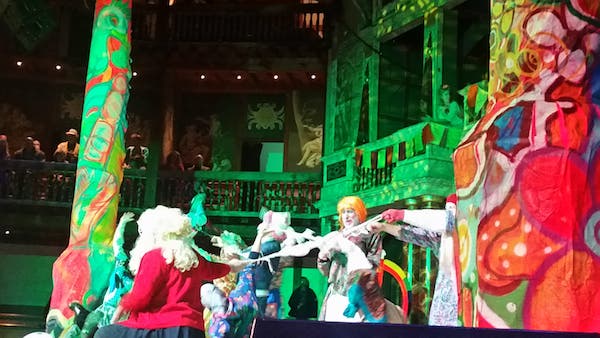 This was the inspiration behind the formation of the Norwich Kitwitches Molly side.  Like many of the traditional sides we do not start practising until November and only dance out in December and January.  Being a 21st century Molly side, we are mixed and therefore the women have to dress as men, dressed as women.  Perhaps it was this fact that led Andrew Logan to ask us to dance in the 2018 Alternative Miss World, whilst the judges were making up their mind as to which of the contestants had won the coveted crown.  This was the reason why we broke with tradition to dance in October on stage at the Globe.  It was combined with dancing on the South Bank and outside the Globe as the audience was entering.  Luckily it was fine weather.  We stood at the side of the stage for most of the show and our pantomime dame outfits, wigs and make-up did not look out of place amongst an audience of alternative Londoners.  We had been asked to provide ten minutes entertainment at the final interval before the winner was to be crowned Alternative Miss World 2018.  There was time for two dances and the stage at the Globe was large enough for two sets as well as the musicians.   We started with the traditional Comberton Molly dance ‘The Special’ published by Cyril Papworth.  It is a linked handkerchief dance but instead of handerchiefs the Kitwitches have always used bras which seemed very appropriate for that evening.  We have also added a final figure – the lock – similar to Rapper sides, but with underwear instead of swords and inspired by the Illmington Maid of the Mill dance.  It was well received and we finished off with one of our own Norwich dances, ‘The Witch’ with its now, fairly traditional zombie ending.  It was a rare but thoroughly enjoyable outing to the capital, but now we need to prepare ourselves for Plough Monday and the winter weather in Norfolk. 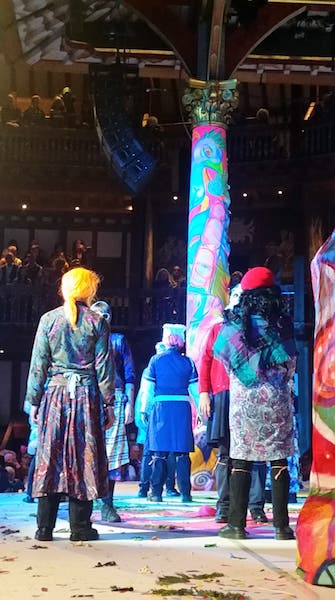