The Mitre Tavern - A Folk Musical 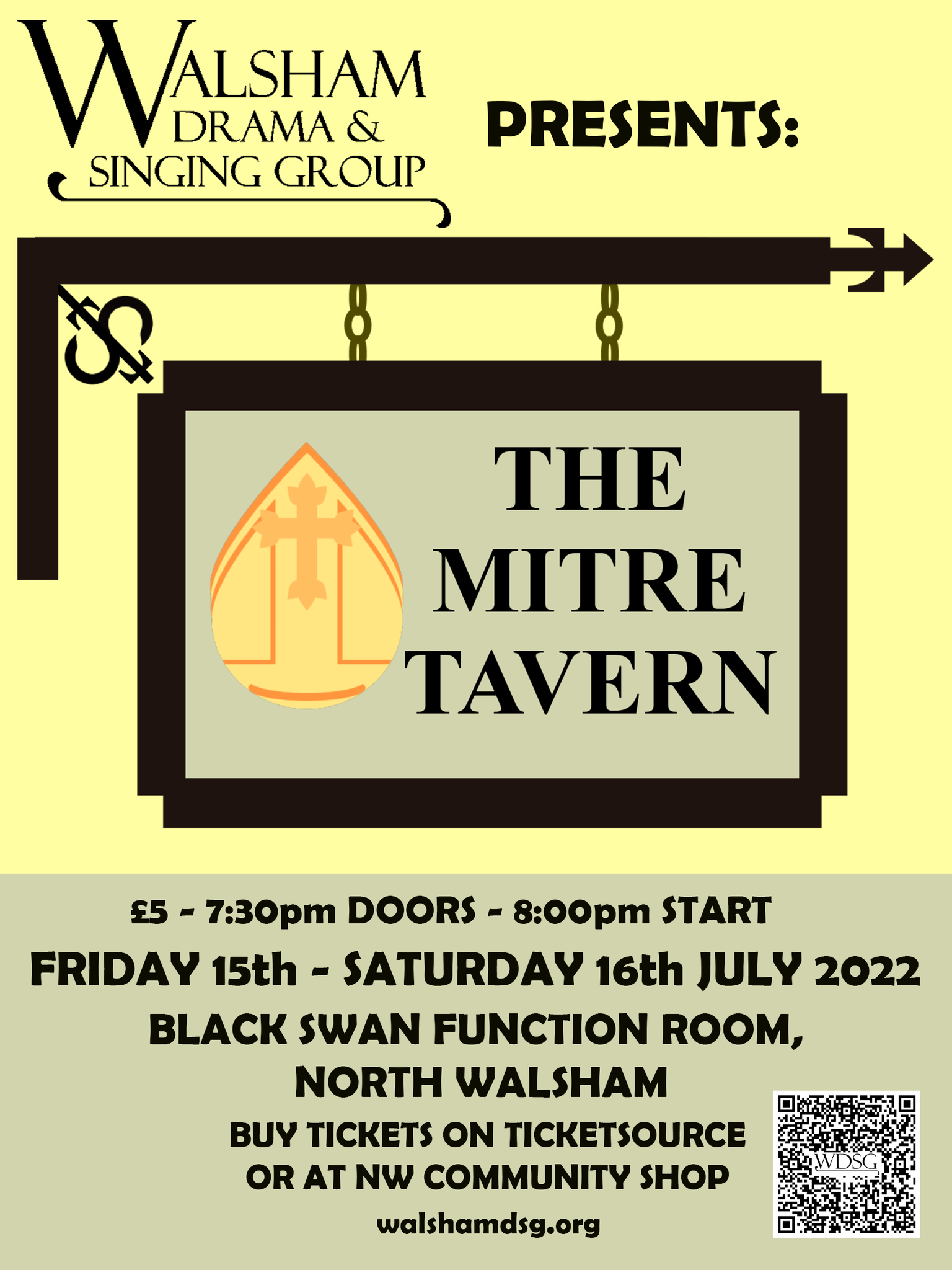 Walsham Drama and Singing Group, a local voluntary performance group are presenting an original production on July 15th and 16th, "The Mitre Tavern", a "re-imagining" of the final days of the Mitre Tavern pub, in North Walsham, which closed in 1892.
The show combines drama, music and song, to portray the atmosphere of the pub which at the time was the centre of the folk-singing and music scene in North Walsham and the surrounding area. It also holds a special place in the history of folk singing in England, as one of the regulars, Billy Gee, a prominent local singer, was the uncle of Walter Pardon, the renowned folk singer, and from whom Walter gained much of his repertoire.
Please click this link for tickets
The Mitre Tavern at Black Swan Function Room event tickets from TicketSource
Share
Share