The village of Blaxhall, south west of Aldeburgh and Leiston, has long been associated with traditional Suffolk folk music. Cyril Poacher, Wicketts Richardson, Geoff Ling, Fred Pearce and many other now-departed old-timers brought considerable fame to Blaxhall, and specifically The Ship Inn, in the 1950s – 1970s when their rich tradition of folk singing – stretching back into the previous century – resulted in visits to the village by individuals and organisations who wished to record this musical heritage before it disappeared. 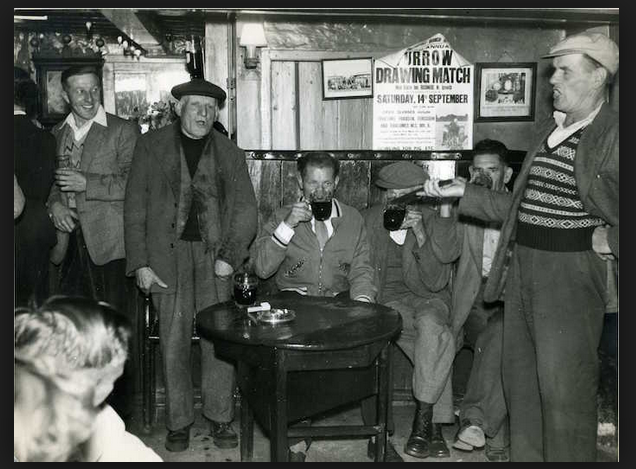 The history of traditional singing, playing and step-dancing in Blaxhall and the surrounding has been well documented by Keith Summers in his book, Sing Say or Play A survey of East Suffolk Country Music,  which is now available to read online in its entirety on the Mustrad.org website, here and here. 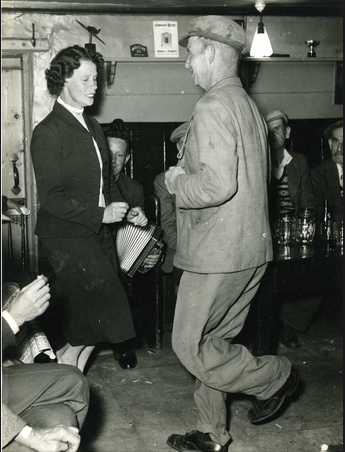 Fred Pearce and stepdancers - The Ship 1953

The 2009 sumptuous publication Blaxhall’s Creative Past, Snapshots of Village Life (ISBN 978 0 9555389 3 3) which includes a chapter Heroes and Unsung Heroes, focuses on traditional singing in Snape and Blaxhall as researched by Ginette Dunn in the mid-1970s.

We are also lucky to have two live recordings made during the 1950s at The Ship Inn. They give a flavour of the atmosphere of music-making in the pub  and are well-worth watching:

A 1953 recording made by Alan Lomax and Peter Kennedy: Singing at the Ship Inn.
And the 1955 recording Here’s A Health To The Barley Mow.

Even though all the authentic traditional singers and players are no longer with us, the village continues to this day to attract musicians from the locality and beyond. The Ship Inn is always available as a venue for folk, and there are regular sessions where everyone in the room is invited to be part of the tradition of Sing, Say, Dance or Play. The long tradition of a session after Campsea Ashe Monday market continues; this starts at 2.00 pm and welcomes everyone with a song, a tune, a step or a story.  All contributions are applauded and complimentary sandwiches and chips sustain the company.  There is also an open session led by Mr Richard Cove and the Company of the Ship Inn on the evening of the third Wednesday of every month. In addition to these regular events The Ship hosts the annual Chorus Cup, a group singing competition, The Percy Webb Memorial Trophy, an individual competition, and a three-day Midsummer Folk Festival. 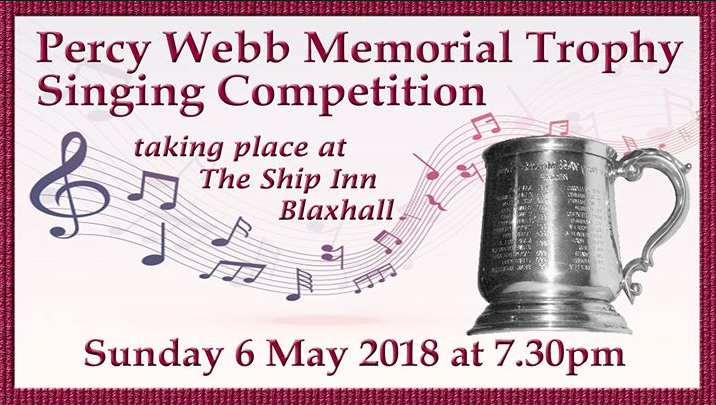 Recently, as a result of conversations about the local folk heritage between Alan of Alan Bearman Music,  John, director of Folk East Festival and Rob, from The Ship Inn, the idea of The Blaxhall Sessions was born.  Because of space limitations at The Ship, these sessions are to be held in Blaxhall Village Hall. Their first season starts this September and runs through until April 2019, the seven sessions featuring nationally known folk artists. For more detailed information check out the Blaxhall Sessions website.
Simon Haines